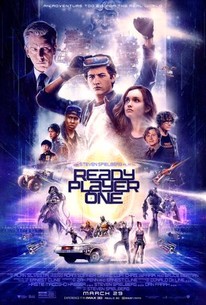 Ready Player One is everything you expect and more from a Spielberg film. After nearly a decade of directing period/biopic pieces (The Post, Bridge of Spies, Lincoln, War Horse), our goofy Steven Spielberg of the 1980-1990’s is BACK.

As a viewer who has neither read Earnest Cline’s dystopian novel nor dabbled much in the world of video games, I was prepared to be entertained but slightly out of the loop during this movie. I have never been so glad to be so wrong.

Ready Player One is an experience that anyone with the slightest weakness for pop-culture nostalgia will relish.

I could practically picture Spielberg at the storyboard, giggling with glee, as he plotted out every reverent pop culture reference. Despite Cline’s novel being rife with Spielberg references, the director chose to use few references to his own films. Although I found myself chanting “More Steven! More Steven!” during the movie, I think his decision was well-made; it allowed the viewer to celebrate the director’s most iconic accomplishments without feeling like they were erecting a vain, Spielberg shrine.

While I would have loved a gorey Jaws death or a flying E.T. bicycle in the final battle scene, I was still more than satiated. Some of my personal favorite pop-culture Easter eggs throughout the film:

I will say that the impressive CGI does tend to outshine any secondary-character development. On the other hand, I think this movie does one thing that Spielberg’s latest films have slightly struggled to do. It gets people back into movie theater seats. The Post and Bridge of Spies were probably more well-constructed movies with more dynamic characters. However, they didn’t get movie goers excited in the way that Ready Player One clearly will.

RP1 is the Spielberg mainstream hit that we all know and love. It walks the fine line of paying homage to the legendary films/games that came before it, while also creating something remarkably fresh and new. RP1 shares a story that feels like it is told simultaneously in the past, present, and future. The central message of the plot inserts itself into the classic debate of distraction vs happiness and the timely question of “What does ‘reality’ mean?”

The reality of Ready Player One? This movie is pure fun, and is sure to be another box-office success for Spielberg. 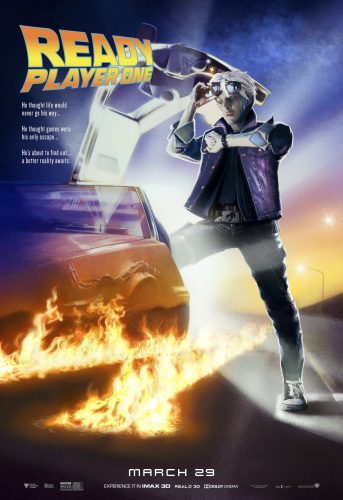