I had a stunning realization this week looking back on week two’s results. I was traveling Saturday and couldn’t give as much attention to college football things as I normally like and hadn’t kept tracks of my picks. I go look yesterday and realize I haven’t missed one yet. 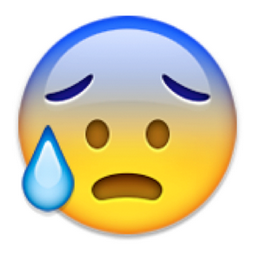 Boston College dominated Howard Saturday to the tune of 76-0 and sleepwalked to a 24-3 win over Maine in . The Eagles get a nice little upgrade in competition this week as the Seminoles visit Chestnut Hill. I’m not quite sold on Everett Golson yet (through two showings he’s been as good as one could ask, completing 65% of his passes for 9.1 yards per attempt, five scores, and no picks), but the Seminoles haven’t needed him, choosing to instead ride Dalvin Cook (8.6 yards per carry). I really like the tough, physical style with which Boston College plays on offense, but I don’t think they’ll be able to keep up. FLORIDA STATE 34, BOSTON COLLEGE 23

Always a blast when these two late-80s/early-90s Orange Bowl rivals butt heads, including last September’s profanity- and middle-finger-laden affair in Lincoln. I spoke with some Hurricane fans who think sophomore quarterback Brad Kaaya might be the best quarterback The U has ever had . . . and he’ll get a chance to show off against a Cornhusker secondary that has not looked the part thus far (BYU and South Alabama completed 60% of their passes for 692 yards and 7.6 yards per attempt). Nebraska quarterback Tommy Armstrong Jr. is no slouch either, settling in nicely to the pro-style system new head coach Mike Riley brought in, but I don’t think the Blackshirts will be able to slow down the Hurricanes enough. MIAMI 38, NEBRASKA 31

Poor Irish. Went from a preseason playoff contender (and in fairness, they still are) to losing two of the three members of its backfield in running back Tarean Folston and quarterback Maliek Zaire. Understudy DeShone Kizer did manage to sling the game-winning touchdown against Virginia, but now he’ll have to outduel a Yellow Jackets offense which looks as dialed in as its ever been. Granted, Georgia Tech hasn’t faced a defense nearly the caliber of Notre Dame’s, either, so I’m very excited to watch this one. I think Georgia Tech pulls away late but it’ll be a lot of fun. GEORGIA TECH 31, NOTRE DAME 20

The (LSU) Tigers went ultra-conservative last week in their 21-19 win over Mississippi State, and why wouldn’t you with a defensive tactician like Will Muschamp on the other sideline. But the (Auburn) Tigers, after two dominant quarters against Louisville, have not looked like the preseason playoff candidate we figured they’d be. Auburn’s offense, normally the fastest of the fast and the explosive-est of the explosive, has looked downright pedestrian in two outings (just 5.5 yards per play). I think the (LSU) Tigers figure out how to frustrate them further yet en route to an ugly win. LSU 20, AUBURN 16

How great has Josh Rosen been in his freshman debut for the Bruins? Good enough to garner a lot of early Heisman discussion, at least. The Bruins face a test this week against a BYU defense that will try to challenge the young quarterback with a lot of different blitzes . . . but if Rosen can stay collected, I think he’ll find the Cougar defense plenty pliable. And while BYU freshman phenom Tanner Mangum has been stellar as well, he’ll face a Bruin secondary stronger than any he’s faced yet. I like UCLA to win fairly comfortably in this one, BYU’s Hail Mary (Joseph?) luck has to run out eventually. UCLA 34, BYU 21

Timberrrr . . . the Cardinal started the season as a dark horse playoff contender but the offense has not shown up. Outscoring a high-powered Trojan offense led by Cody Kessler (79% completions, 11.4 yards per attempt, seven scores, no picks) will be a tall task. Can the Cardinal defense ugly up the game? Yeah. Ugly it up enough to win? No chance. USC 27, STANFORD 13

*runs to forest, knocks on all the wood*